Dr. Stevens received her medical degree from the New York University, completing internship and residencies in Internal Medicine and Radiation Oncology at New York University Medical Center. Prior to joining the staff, she served as Assistant Professor of Radiation Oncology and Attending Physician at the Tisch and Bellevue Hospitals of New York University Medical Center where she had both clinical and teaching responsibilities. Dr. Stevens has published several scholarly articles, in peer reviewed journals, related to the role of radiation in the treatment of pre-cancerous and early stage breast cancer as well as gynecologic cancers.

Dr. Stevens has had an active role in many national and local societies including the American Society for Radiation Oncology (ASTRO), as Vice President of the New York Metropolitan Breast Cancer Group, as Chair of Education and Dissemination for the National Accreditation Program for Breast Centers (NAPBC), as the ASTRO representative to the NAPBC board and as Past President of the New York Roentgen Society. For the past fifteen years, Dr. Stevens has served as Director of Radiation Oncology for the White Plains Hospital Cancer Program. 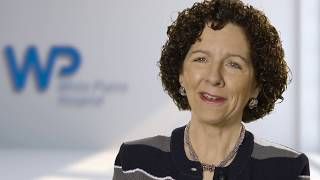 Meet Our Doctor Video
A Video by Dr. Stevens

Your Breast Health Is Essential – COVID or Not
One of WPH’s cancer experts, and her team, are working hard to make sure women across Westchester and the country are getting the care they need.
Read more news at Health E-Talk and listen to all our Podcast at Health Talk