Dr. Rick Weinstein is an orthopedic surgeon at White Plains Hospital Physician Associates. He joins us with extensive experience in sports medicine and subspecialty training in knee and shoulder surgery, including minimally invasive surgery and arthroscopy.

Dr. Weinstein received his medical degree from NYU School of Medicine and completed his Orthopedic Surgery residency at Bronx-Lebanon Hospital Center, Albert Einstein College of Medicine. He completed his Sports Medicine Fellowship at the University of Connecticut and Yale University. He also participated in specialty training at the Hospital for Special Surgery and the Hospital for Joint Diseases at NYU.

He is a Board Examiner for the American Board of Orthopedic Surgeons, determining certification for other orthopedic surgeons. He serves as the Medical Director of the International Boxing Federation (IBF) and has been working as a ringside physician for 18 years including boxing matches at Madison Square Garden, Barclay’s Center and Foxwoods Casino. He is also working cage-side for mixed martial arts events in New York.

Dr. Weinstein has spoken on sports medicine around the globe, most recently in Beijing, China and Berlin, Germany.

5
I have been seeing Dr. Weinstein for several years for different injuries and care for myself and my son. He is very attentive to our questions and explains all of the options available to us. We make decisions about our care together.
5
Good experience
5
My experience in the hospital is very good.
5
Very detailed and thorough
5
Everything I needed
5
Dr. Weinstein is great.
5
They are very good at their job
5
Everything went very well.
5
Providers were attentive and patient
5
Good
5
Dr. Weinstein is very compassionate he reassures you everything is going to ok.
5
The dr. explained every thing that was going on with my shoulders.
5
The doctor and physician assistant answered ALL the questions I had.
5
I have been a patient of *Dr. Weinstein's for 30+ years so obviously I have no problems or complaints. He is an excellent physician who has always taken very good care of me.
5
Great
5
Great experience
5
Dr Weinstein has always been a great Doctor.
5
Good
5
Excellent
5
Good
5
Dr. Weinstein was amazing!
5
From reception to actual visit with the doctor was a pleasant experience, everybody here knows their job and they do it.
5
I always recommend these physicians to others.
5
Best doctor
5
Very good with everything!! charisma care thanks Dr and nurses blessings
4.58
Show professionalism, attentive,good listener, caring individual.
5
Doctor Weinstein is great and he is very concerned,
5
Very good service from all doctors and staff
4.58
It was a good experience
5
Dr Weinstein told me what had happened and what he and his team were going to do about it
5
Rick Weinstein is extremely professional and caring. Very attentive to my pain issues.
5
Excellent
5
All good
3.75
Nice guy
5
Dr. Weinstein is fantastic and I continue to see him despite having to drive a considerable distance to see him. He's an excellent physician!
5
Dr. Weinstein and his whole staff were knowledgeable, helpful, skilled and caring.
5
Dr Weinstein is the best!
5
Made me very at ease.
5
Very good experience
5
Always a good experience
5
Good service
4.17
Dr. Weinstein listened very well.
5
Very very satisfying
5
Long time patient of Dr Weinstein including 2 knee surgeries. Excellent care provider.
5
Again I am highly impressed with the professionalism of the staff here. I would definitely highly recommend this practice.
5
Good
5
Finally found the doctor I am satisfied handling my issue 3rd try
5
All good.
5
It was an excellent experience. #5. Yes. I already recommended.
5
Thank you Dr. Weinstein for listening and treating my knees with gel shots. Usually with little discomfort, thank you.
5
Dr. Weinstein is outstanding, highly competent and very patient sensitive during my diagnosis and treatment.
5
AAAA++++ on all points.
5
Dr Weinstein is a great example of the doctor and setting up the tone for the Team by being officiant and personalized the approach tailored to my needs.
5
I have recommended *Dr. Weinstein many times. He's awesome!
5
Good
5
Love them
5
ALL THE STAFF WAS GREAT. EVEN THE RECEPTIONIST.
5
Very satisfied with all the care and attention Dr. Weinstein has showed since my injury and surgery. Great guy!!
5
Great doctor
5
Good
5
Dr Weinstein and P.A. have been very instrumental in my physical care for many years and immensely appreciate their professionalism.
5
Recommended Dr Weinstein to my son who was treated successfully by him
5
Everyone who provided care for me was caring, concerned, and helpful in providing high quality care, and included me in understanding the diagnosis & treatment decision making
5
Excellent
5
Great experience 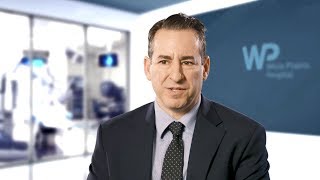 Meet Our Doctor Video
A Video by Dr.Weinstein
Read more news at Health E-Talk and listen to all our Podcast at Health Talk