Dr. Gordon has been a member of the surgical staff at White Plains Hospital for more than 25 years. He was a previous Chief of Surgery and currently serves as Chairman of the Cancer Committee and Surgical Director of the Cancer Program. He is an author on numerous scholarly articles and chapters in surgery with a particular focus on pancreatic cancer. Among his most significant work is an important study of the use of tumor markers in the evaluation and monitoring of patients with pancreatic cancer.

5
*Dr. Gordon was extremely patient and thorough.
5
Dr. Gordon is a very kind doctor who takes his time to make sure you understand what any proposed treatment entails.
5
All good
5
*Dr. Gordon listened very well and gave me good, understandable feedback to my concerns.
5
Excellent.
5
Very professional and clearly clarified my concern.
5
Dr. Gordon, is always caring and calming, goes through the imaging and reports clearly. Always allows time for questions. Ensures all of my needs are met and addressed.I never feel hurried when I am in his office with his staff or him.
5
Dr. Gordon is kind, sensitive and very professional.
5
*Dr. Gordon was very attentive and laid out sequence of events very satisfactory.
5
*Dr. Gordon is the very best.
5
Dr Gordon is a wonderful dr that I feel at ease with and would definitely recommend
5
Finest MD I know!
5
Extremely caring, concerned & fun to talk to -
5
Good
5
It was a good experience. Alternative treatments were explained and questions were answered. Sequence of treatment were also explained , and the pros & cons
5
Excellent physician *Dr. Gordon.
5
Surgeon Mark Gordon and staff excellent
5
I have been a longtime patient of Dr. Gordon (about 25-26 years). He has always been and continues to be a caring, compassionate, and intelligent doctor who takes the time to review the most recent issues and incorporate them into what he knows about me as the patient over the years. This visit was the same. I was relieved to see him in the emergency room and every day at the hospital. I know that under his care I will get the best treatment options and follow up.
5
He was very helpful. Listened and came up with good solutions. Lovely man.
5
My entire experience was excellent with the doctor. My son, who accompanied me, agreed.
5
*Dr. Gordon is one of the kindest, caring and informative physicians. I work in the healthcare industry and can say we need more physicians like him. He takes the time to explain everything about your situation and allows you time to ask questions. You never feel rushed.
5
In my experience the doctors And staff are very attentive understanding and do not leave the room until you totally understand what's happening with you, your body, your treatment and your healing
5
Dr. Gordon did my other surgeries in the past. And I'm glad I didn't have to go to someone else. I know I'm in excellent hands.
5
Dr Mark Gordon is Excellent
5
Dr Gordon was thorough, informative, easy to chat with, listened well and answered all my questions and put together a future plan with me
5
*Dr. Gordon is a fabulous MD - excellent clinical skills, surgical skills and bedside manner.
5
Dr Gordon is a very knowledgeable and patient physician, I value is teachings. I felt like he understood my feelings
5
Dr. Gordon is an outstanding professional and a wonderful person.
5
As mentioned before the doctor and assistants make you feel special
5
5. Always do.
5
Dr. Gordon took the time to explain all of my options , risks and benefits.He answered all of my questions In a clear manner. I would recommend him to both family and friends.
5
We are so happy with *Dr. Gordon and the time he takes to explain everything we will always go to him.
5
Dr. Gordon was extremely patient and answered my questions. He is very warm and personable.
5
Excellent care and concern by Dr. Gordon!!
5
Excellent.
5
Good 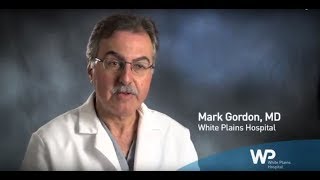 Meet Our Doctor Video
A Video by Dr. Gordon