Dr. Meacham has been practicing obstetrics and gynecology in the Westchester area since 1992.  He received his medical degree from New York Medical College and completed his OB-Gyn residency training at Long Island Jewish Medical Center on Long Island.  He immediately began working for the National Health Service in the southern United States.

Dr. Meacham returned to his native New York in 1992 and has been practicing here ever since.  Prior to joining White Plains Physician Associates, he served as Co-director of Obstetrics and Gynecology, Chief of Outpatient Ob/Gyn Services and Chief of Minimally Invasive Surgery at another local institution, and also has been active in their medical community as President of the Medical Board.

5
Everything was wonderful
5
Dr Meacham was very soft spoken with my daughter made her feel comfortable. Extremely grateful to have him as our Obgyn physician.
5
*Dr. Meacham made my husband and I very comfortable as 1st time parents.
5
I recommend Dr. Meacham to every woman I know, including a rep at the insurance company.
5
Love Dr Meachem
5
Very professional service
5
Dr. Meacham is very professional and personable.
5
I'm very happy with my doctor and the staff that works with him
5
Dr. Meacham was great during the visit. He is very knowledgeable and I would recommend him to anyone looking for an ob/gyn.
3.75
Good 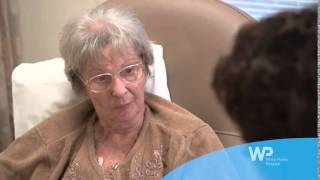 Meet Our Doctor Video
A Video by Dr. Meacham
Read more news at Health E-Talk and listen to all our Podcast at Health Talk